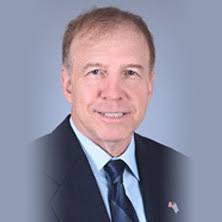 Dr. Eitan Yudilevich completed his doctoral studies in computers and systems engineering in the field of medical imaging in the Department of Electrical, Computer, and Systems Engineering at Rensselaer Polytechnic Institute. He earned his Master's Degree in mathematics at the Rensselaer Polytechnic Institute, and his Bachelor's and Master's Degrees in electrical engineering at Haifa's Technion.  Dr. Yudilevich assumed the Executive Director position at the BIRD Foundation on January 1, 2006. In his first year of tenure, BIRD’s Board of Governors approved 25 new joint U.S.-Israeli company-to-company projects. In addition, new emphasis has been given to new areas, such as Renewable and Alternative Energy. He joined BIRD with vast international experience after a varied career in Israel and the U.S., including management of Rafael's operations in the U.S. for four years. In his last position at Rafael, Dr. Yudilevich served as Vice President of Marketing and Business Development. Previously, he was in charge of Rafael's missiles division, the company's largest division which also develops various technologies which have civilian applications, such as Given Imaging's unique capsule. Dr. Yudilevich has been a member or chairman of numerous boards of international joint ventures. He was also Chairman of the Board of Opgal, an electro-optics company, and served as a director of RDC, a business development company jointly owned by Elron and Rafael. His doctoral research has resulted in several scientific papers being published by highly regarded journals. In addition, since the mid 90's he has been an active participant in IEEE Engineering Management conferences, where he has presented papers on innovation management. His latest interest is in the application of Real Options for R&D project evaluation.