Can a computer improve your social skills?

Many people fear automation. They may see it as a potential job killer. They may also be concerned about what can be automated. Could we train a computer to teach us human skills? Should we? Artificial intelligence, when designed properly, can help people improve important social and cognitive skills. My research group has shown how automated systems can develop skills that improve performance in job inter- views, public speaking, negotiations, working as part of a team, producing vowels during music training, end-of-life communication between oncologists and cancer patients, and even routine social interactions for people with Asperger’s syndrome. In this talk, I will offer insights gained from our exploration of several questions: How are humans able to improve important social and cognitive skills with a computer? What aspect of the feedback helps the most? How to design experiments to ensure that the skills generalize? 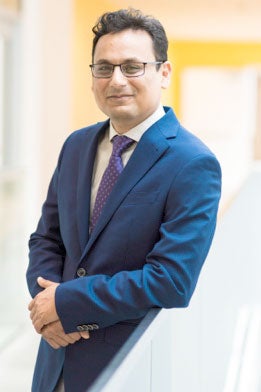 M. Ehsan Hoque is an assistant professor of computer science and an Asaro-Biggar (‘92) Family Fellow in Data Science at the University of Rochester, where he leads the Rochester Human-Computer Interaction (ROC HCI) Group. His group’s research focuses on understanding and modeling the unwritten rules of human communication, with applications in business communication, health, and educational assessment technology. Ehsan earned his Ph.D. in the MIT Media Lab in 2013 . Ehsan and hi s group’s work has earned them a Best Paper Award at the ACM Conference on Pervasive and Ubiquitous Computing (UbiComp, 2013), as well as Best Paper Honorable Mentions at the Affective Computing and Intelligent Interaction (ACII, 2017), Automated Face and Gesture Recognition (FG, 2011) and Intelligent Virtual Agents (IVA, 2006). Ehsan has received an MIT TR35 (2016), a World Technology Award (2016), and two Google Faculty Research Awards (2014, 2016). In 2017, Science News recognized him as one of 10 early-to mid-career scientists to watch (the “SN 10”).