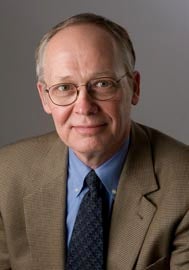 Mark Lundstrom is the Don and Carol Scifres Distinguished Professor of Electrical and Computer Engineering at Purdue University. He earned his bachelor’s and master’s degrees from the University of Minnesota in 1973 and 1974, respectively and joined the Purdue faculty upon completing his doctorate on the West Lafayette campus in 1980. Before attending Purdue, he worked at Hewlett-Packard Corporation on NMOS process development and manufacturing. At Purdue, his research has explored solar cells, heterostructure devices, carrier transport physics, and the physics and technology of nanoscale devices. His current focus is on energy conversion devices such as solar cells and thermoelectric devices. In the 1990s, Lundstrom co-founded (with his colleagues, Nirav Kapadia and Jose Fortes, the PUNCH project, which provided online simulation services for research and education in micro and nanoelectronics. That work led to the NCN and nanoHUB.org, which now serves the nanotechnology community worldwide. He is the author of Fundamentals of Carrier Transport (2nd Ed., Cambridge, 2000) and Nanoscale Transistors: Device Physics, Modeling, and Simulation (Springer, 2005). Lundstrom is a fellow of the Institute of Electrical and Electronic Engineers (IEEE), the American Physical Society, and the American Association for the Advancement of Science (AAAS). He has received several awards for his teaching and research, and is a member of the U.S. National Academy of Engineering.