An upper bound on the error induced by saddlepoint approximations: Applications to information theory

In this talk we discuss a new upper-bound on the absolute difference between: (a) the cumulative distribution function (c.d.f.) of the sum of a ﬁnite number of independent and identically distributed (i.i.d) random variables; and (b) a saddlepoint approximation of such c.d.f. This upperbound is general and particularly precise in the regime of large deviations. This result is of the same kind of the Berry-Esseen theorem (BET) that provides an upper bound on the absolute difference between the c.d.f. of the sum of a ﬁnite number of i.i.d random variables and the c.d.f. of a Gaussian random variable whose mean and variance are the same as those of the sum. The BET has played a central role in recent developments in information theory, in particular in source and channel coding. Nonetheless, it often leads to loose bounds on the absolute difference mentioned above. In the light of this observation, the new result is used to study the dependence testing (DT) bound on the minimum decoding error probability (DEP) in memoryless channels. Within this context, an upper bound on the absolute difference between the exact value of the DT bound and its saddlepoint approximation is obtained. Numerical analysis of these bounds are presented for the case of the binary symmetric channel and the additive white Gaussian noise channel, in which the new bounds are observed to be several orders of magnitude better than those obtained with the BET. 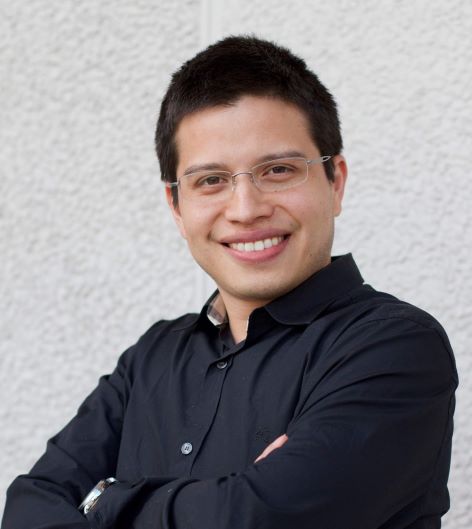 Samir M. Perlaza (S07-M-11-SM15) received the M.Sc. and Ph.D. degrees from École Nationale Supérieure des Télécommunications (Telecom ParisTech) in 2008 and 2011, respectively. Since 2013, he is a research scientist with the Institut National de Recherche en Informatique, Automatique et Mathématiques Appliquées (INRIA), France, and a visiting research scholar at the Department of Electrical Engineering of Princeton University. Previously, from 2008 to 2011, he was a research engineer at France Télécom - Orange Labs (Paris, France).

He has held long-term academic appointments at the Alcatel-Lucent Chair at Supélec; Princeton University and the University of Houston.  His research interests are in the areas of information theory and signal processing, and their applications in wireless networks, energy systems, and related ﬁelds. Dr. Perlaza currently serves as an Editor of the IEEE TRANSACTIONS ON COMMUNICATIONS and the IET Smart Grid Journal.

Recognition of his work includes several awards from the European Commission, including an Alban Fellowship in 2006 during his stay at Eurécom, France; a Marie SklodowskaCurie Fellowship in 2015; and the fellowship “make our planet great again” from the French Embassy in the USA in 2019.