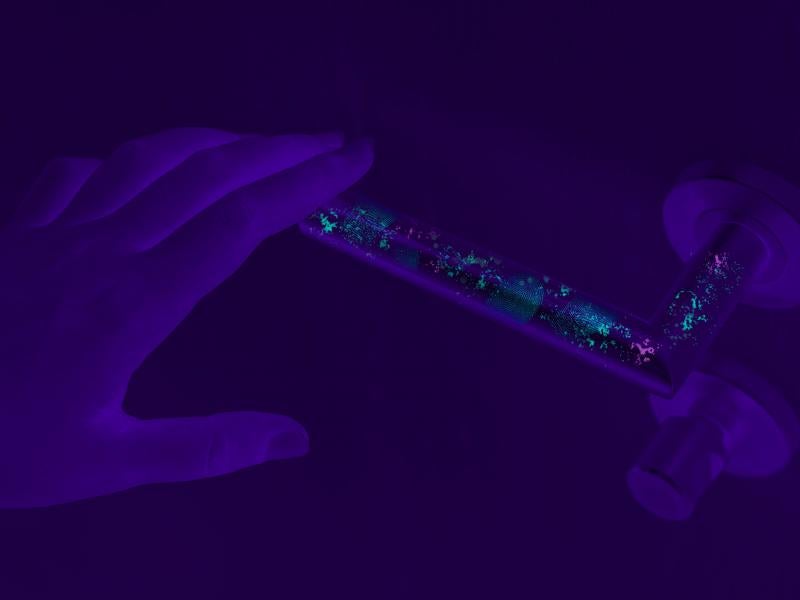 Device under development would provide simple, inexpensive, and effective means of sterilization

TROY, N.Y. — A device capable of automatically disinfecting common surfaces, such as doorknobs, light switches, and elevator buttons, could be a vital tool in virus and disease mitigation during and after the COVID-19 pandemic.

The device he is developing would include a solid shield that could cover, for instance, a tablet used to check in at a doctor’s office. The shield would remain closed while deep UV LEDs, mounted on the inside of the shield, disinfected the tablet. A new type of sophisticated fluorescent sensor proposed by Shur would assess the degree of contamination while the collected data would be processed using an artificial intelligence algorithm.

A sensor mounted on the outside of the shield would indicate someone is ready to use the surface, prompting the buffer to open, the LEDs to turn off, and for access to be provided to the tablet once disinfection is complete.

While the virus that causes COVID-19 is primarily spread from person to person, according to the Centers for Disease Control and Prevention, transmission may also be possible if a person touches a surface where the virus is present and then touches their mouth, nose, or eyes. Plenty of other viruses and bacteria are known to spread on surfaces, Shur said, which could make this solution useful beyond the pandemic.

Shur imagines a future where essential institutions, like government buildings or hospitals, may implement such a tool that could disinfect common surfaces, preventing the spread of a range of diseases.

“Of course, it’s for health professionals to decide, but I think that modern medicine has to be augmented by effective sterilization,” Shur said. “It’s a very modest expense that will save lives and, as we learn more, these things could be improved, become more reliable, cheaper, and more acceptable.”

Shur has been working in this area of research for much of his career. He emphasized the importance of approaching a sterilization effort with science and expertise in order to protect people from harmful radiation. He is currently seeking grant funding so he can build a prototype of this device.

“I think we as engineers have a responsibility to respond somehow,” Shur said. “Some ideas might go forward, some may not. But, it’s good if we try to do something.”