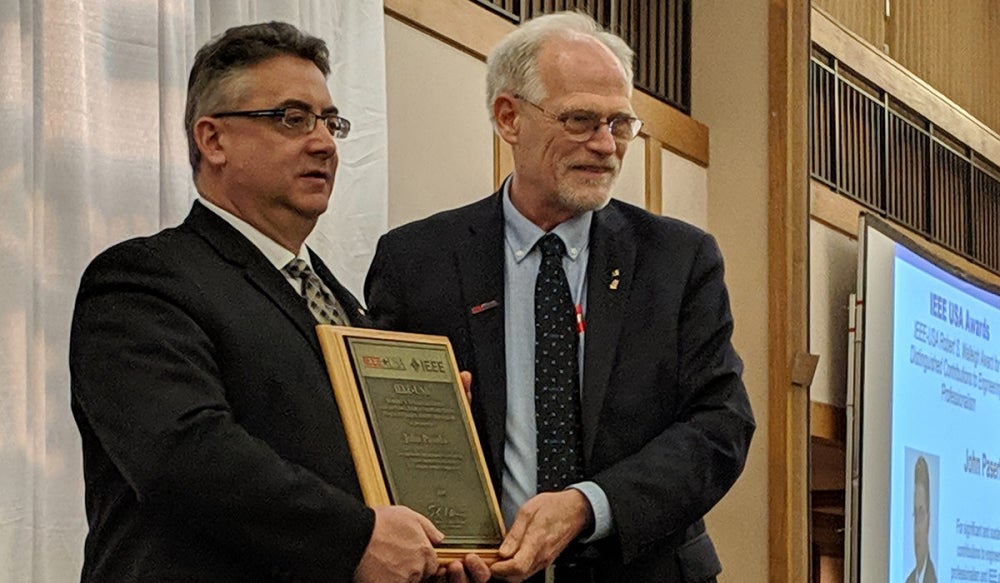 Pictured above: John Paserba (left) receives the 2018 Walleigh Award from 2019 IEEE-USA President Tom Coughlin at the IEEE Region 3 Southeastcon in Huntsville, Ala.

When most people pay it forward, they do something helpful for someone else – because of a good deed someone did on their behalf.

He has been paying it forward to thousands of engineering students and professionals since shortly after entering the working world more than 30 years ago. But he’s also quick to acknowledge that – starting with his sixth-grade science teacher – many people have done good deeds for him along the way.

The Vice President of the Power Systems Group of Mitsubishi Electric Power Products Inc. (MEPPI) near Pittsburgh, he enthusiastically credits the caring, inspiring educators and engineering professionals who helped him – and who continue motivating him to pay it forward.

Read more about John Paserba and his work here.