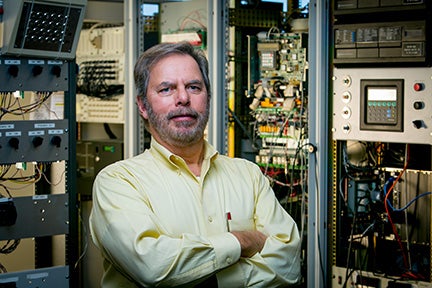 UVIG executive director Charles Smith lauded Miller for having dedicated his career to finding the most effective and efficient ways to integrate wind and solar energy into electric power grids. According to Smith, Miller’s work on the National Renewable Energy Laboratory's Western Wind and Solar Integration Study was ‘pioneering and vital to the future of the [power] industry.’

“I am humbled and honored to receive this award from such a highly accomplished and diverse group of experts,” Miller said of his recognition. “I look forward to continued collaboration with my peers to find ways to push the envelope to integrate more renewables onto the grid.” 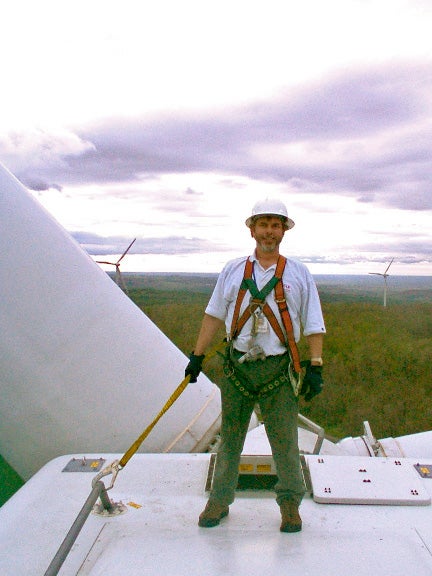 “As an RPI graduate, I walked into work the first day with an unparalleled level of respect and credibility for a new engineer,” Miller reminisces. “An entire career later, it is a point of pride for me; [one] met with respect that I’m an alumnus of the program.” Miller goes on to say that the ‘power program’ was very well-known making him an in-demand engineer when he graduated.

The system engineering group at GE, now Energy Consulting, has a long history and close relationship with RPI. National Academy of Engineering Member and Institute Professor Joe Chow was one of Miller’s first mentors at GE. The GE Edison Award Miller received in 2017 allowed him to direct a grant from GE to the Department of Electrical, Computing & Systems Engineering (ECSE) enabling new faculty member Dr. Luigi Vanfretti to further develop a real-time simulation laboratory that, according to Miller, will be of immense value to the power industry. Miller’s father Edward, RPI engineering graduate from the class of 1946, spent a full career at GE during its glory days of steam turbines. He held many patents and achieved some engineering firsts as steam turbines got bigger, more efficient, and cleaner over the decades of his tenure. “His engineering and inventions are still found today on steamers,” Miller says of his father’s accomplishments. [Edward] Miller was recognized at the formal alumni dinner in 2016 for 70 years of dedication to RPI, service to GE, contributions to the power industry, and philanthropy, among other accomplishments.

Miller’s family has an impressive legacy at RPI that, in addition to his father, includes brothers Nelson Miller (’71) and R. Scott Miller (’75), daughter Erin Miller (’12 and ’13), and eight extended family members.

At the invitation of Department Head Michael Wozny, Nicholas Miller will address the ECSE 2018 Grainger Award recipients in April. The Grainger Award is a distinguished honor for engineering graduates entering the electric power industry or conducting research in electric power.

About the School of Engineering

Rensselaer Engineering has a been a vibrant and evolving source of discovery and innovation for nearly two centuries: a place where students and faculty come together and work to solve the grand challenges facing humanity from human health and mitigation of diseases, energy and the environment, and infrastructure resilience, stewardship, and sustainability, among others. We educate a new generation of engineers who not only obtain a deep knowledge in their respective fields, but are also able to work across disciplines to solve the complex problems of our times. www.eng.rpi.edu.

GE (NYSE: GE) is the world’s Digital Industrial Company, transforming industry with software-defined machines and solutions that are connected, responsive and predictive. GE is organized around a global exchange of knowledge, the "GE Store," through which each business shares and accesses the same technology, markets, structure and intellect. Each invention further fuels innovation and application across our industrial sectors. With people, services, technology and scale, GE delivers better outcomes for customers by speaking the language of industry. To learn more, please visit www.ge.com.

GE Power is a world energy leader that provides technology, solutions and services across the entire energy value chain from the point of generation to consumption. We are transforming the electricity industry by uniting all the resources and scale of the world’s first Digital Industrial company. Our customers operate in more than 150 countries, and together we power more than a third of the world to illuminate cities, build economies and connect the world. For more information, visit the company's website at www.gepower.com. Follow GE Power on Twitter @GE_Power and on LinkedIn at GE Power.