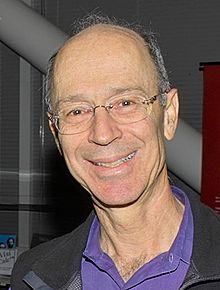 “Peter E. Hart truly embodies the growing legacy of innovation and change that Rensselaer alumni and alumnae have brought to the world for almost two centuries,” said Chuck Rancourt ’70, chair of the Rensselaer Alumni Hall of Fame Selection Committee.

The full text of the citation appears below:

Hart began his career with the Artificial Intelligence Center at SRI International, a nonprofit scientific research institute founded by Stanford University trustees. He later served as director. While working there he was a key part of the team that developed Shakey the Robot in 1972. The project was unique because it combined research in robotics, computer vision, and natural language processing to create the world's first general-purpose mobile robot able to reason about its own actions. The robot’s development involved several scientific milestones that have had far-reaching impact on robotics and artificial intelligence, as well as computer science. Shakey now sits in the Computer History Museum in Mountain View, California.

In 1973, Hart completed a book “Pattern Classification and Scene Analysis” (co-authored by R.O. Duda) that had a lasting impact on computer science and artificial intelligence. Later in his career while at Ricoh Group, he founded Ricoh Innovations, Inc., to create new technology and business opportunities. He served as president of the unit for a decade, before becoming a group senior vice president at Ricoh. Hart was also founding director of the Fairchild/Schlumberger Artificial Intelligence Center and a founder of Syntelligence, which specializes in expert systems for financial risk analysis.

Seven other alumni and alumnae were also inducted as members of the Class of 2020. For the complete list of inductees and details about their accomplishments, visit alumni.rpi.edu/hall-of-fame.

About the Rensselaer Alumni Hall of Fame

Rensselaer Polytechnic Institute enjoys a rich history shaped by the vision and accomplishments of leaders and educators who built the university and alumni who took inspiration in its halls. Since Rensselaer’s founding in 1824, these distinguished individuals have forged frontiers in industry, science, education, and technology. They have built bridges, probed outer space, revolutionized new industries and technologies, and discovered new knowledge.

In 1995, the Rensselaer Alumni Association, with the full endorsement of the Institute Board of Trustees, created the Rensselaer Alumni Hall of Fame to preserve and celebrate the exceptional heritage of alumni accomplishments throughout the years. The stories of these innovators, pioneers, and entrepreneurs provide a powerful source of inspiration for all who follow in their paths and who, like them, will continue to shape our world.

For more information on the Rensselaer Alumni Hall of Fame, visit alumni.rpi.edu/hall-of-fame.