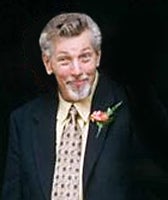 Dr. Bruce A. Carlsonis an honored electrical engineering professor and textbook author. As author or co-author of four textbooks, eight editions, several translations, numerous articles and proposals, Professor Carlson is also listed in "Who's Who Among American Teachers," having been selected by a student of merit as a teacher who "made a difference" in that student's life. His books are actively used to this day. He was professor and curriculum chairman of the Electrical, Computer, and Systems Engineering Department at Rensselaer Polytechnic Institute.  He and his family had moved to Troy, N.Y. in 1963 directly from graduate school to accept the position of professor at RPI. His laudable career focused on undergraduate studies. Periodically, he had taken the opportunity to work in industry as well in such roles as telecommunication consultant for the New York State Department of Health, resident in engineering practice at Bell Telephone Laboratories and education consultant at IBM, Kingston. A senior member of the IEEE, he was made a fellow of the ASEE for his contributions to engineering education. Throughout his career, Carlson distinguished himself with numerous awards and honors. Among these accolades are the IEEE Education Society McGraw-Hill/Millman Award for exceptional textbooks in electrical engineering and the Darrin Counseling Award for unusual contributions in the counseling of students. Additionally, he was the recipient of Rensselaer's Chairman's Service Award and the humorous honor of "Meanest Man on Campus." He was also a member of Phi Beta Kappa, Sigma Xi, Tau Beta Pi, Eta Kapp Nu and, happily, Wines of the World Club. Dr. Carlson attended Dartmouth College, graduating with a degree in physics. He balanced his studies with playing the French horn in the Dartmouth College Band, an active thespian with The Players and a WDCR broadcaster. Carlson received his advanced degrees in electrical engineering from Stanford University. Alongside his copious contributions to higher education, Bruce was dedicated to making our world a better place through his lifelong peace, justice, and activism in community and public service. He was a ruling elder and treasurer of his beloved First United Presbyterian Church of Troy.