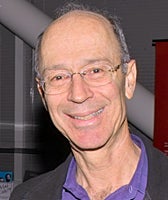 Dr. Peter Hart is honored for the invention of the A* search algorithm and for contributions to pattern recognition and engineering education.

Peter Hart invented the A* search algorithm, which lies at the heart of every GPS router and the paths of characters in most video games. He also coauthored what is widely considered the definitive textbook in pattern recognition. He was the founding director of the Fairchild/Schlumberger Artificial Intelligence Center and co-founder of Syntelligence. In 1997 he founded Ricoh Innovations, for whom he is now an Executive Advisor. He holds more than 100 US and foreign patents.