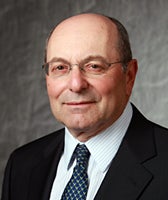 Severino was a co-founder and president of Wellfleet Communications Inc. in 1986 and Interlan Inc. in 1981. He was also involved in the startup of Data Translation Inc. in 1976 as vice president of engineering. Prior to that he worked as a product development engineer at Digital Equipment Corp. and Prime Computer Inc.