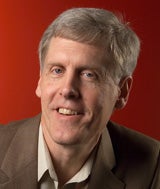 In 1975 Sasson developed the first prototype for a digital camera; it was eight pounds and about the size of a toaster. He received a patent for it in 1978, and continued to work in the emerging field, finding ways to store, transmit, and manipulate digital images. Today, a majority of Americans own digital cameras, many as close as their mobile phones.

In conferring its Innovation Award on Sasson in 2009, The Economist called the digital camera a “seismic disruption” that rendered the existing technology virtually obsolete. The entire digital imaging industry traces directly back to Sasson’s original innovation. Sasson was awarded the 2009 National Medal of Technology and Innovation by President Obama for the invention of the digital camera, which has revolutionized the way images are captured, stored, and shared, thereby creating new opportunities for commerce, education, and improved worldwide communication.