III-Nitride-Based Devices With up to THz Operation Capability

The design, characteristics and performance of III - Nitride devices — such as Negative Differential Resistance, Resonant Tunneling , and Superlattice are reviewed. High - power and THz operation are expected. Defects leading to self - charging and incoherent transport, thermal effects, scattering , and spontaneous and piezoelectric polarization resulting in QW changes need to be addressed f or the successful implementation of the technology. Recent results suggest room-temperature operation . 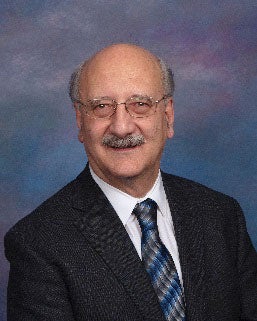 Dimitris Pavlidis has been Research Professor at Boston University, Department of Electrical and Computer Engineering since 2012. He has been Professor of Electrical Engineering and Computer Science from 1986 to 2004 and Adjunct Professor (2004 to present) at the University of Michigan, Ann Arbor. In 2012 he joined the ECCS Division of the National Science Foundation as Program Director in Electronics, Photonics and Magnetic Devices (EPMD). He has been Chaired Professor at Darmstadt University of Technology, Germany (2003 to 2011) and Director of International Relations of the Institute of Electronics, Microelectronics and Nanotechnology (IEMN), Lille, France since 2003. During 1980-1985 he was Engineer and Manager of the GaAs MMIC Department of Thomson-CSF His research involves various types of semiconductor materials, devices, circuits, nanostructures and sensors. He is an IEEE Fellow and received the decoration of "Palmes Académiques" in the order of Chevalier by the French Ministry of Education. Professor Pavlidis received the 2015 Distinguished Educator Award of the IEEE Microwave Theory and Techniques Society (MTT-S) for achieving outstanding success in the field of microwave engineering and science as an Educator, Mentor, and Role Model for Microwave Engineers and Engineering Students.